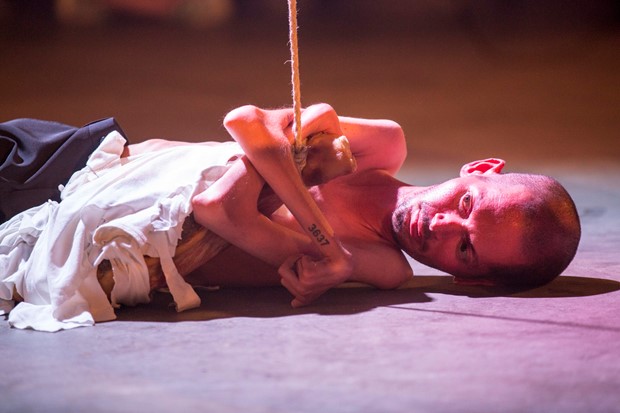 TF16 also produced a series of 4 masterclasses supporting a total of 57 artists/participants. These were supported by our partner London South Bank University and led by renowned artists, tjb, Zeirle and Carter, Helena Goldwater and Manuel Vason.

6 free workshops were offered to communities within Hackney and Croydon during the May half-term. Each class targeted a specific age range from 5-10, 11-16, and 16+ as well as one for adults with learning difficulties.

11 outreach events also took place over the 9 day festival that we categorised as enrichment to professional practice and education. These were designed to further TF’s unique de-formalisation of academia, maintaining an educational strength of enquiry but accessible to all levels.

Our partnership with the Live Art Development Agency continued, hosting together a study day, inspired by the festival’s provocation ‘in-utero’. Here discussions were stimulated by materials curated from their archive, before culminating in a round table discussion featuring Anne Bean, tjb, Lois Keidan and Esther Neff.

While our graduate emergant mentoring programme returned alongisde our new production associate programme offering the chance for artists and young producers to work not only with TF but also noted artists such as Manuel Vason, Poppy Jackson, Clive Henry, AMINAL and Ernst Fischer.