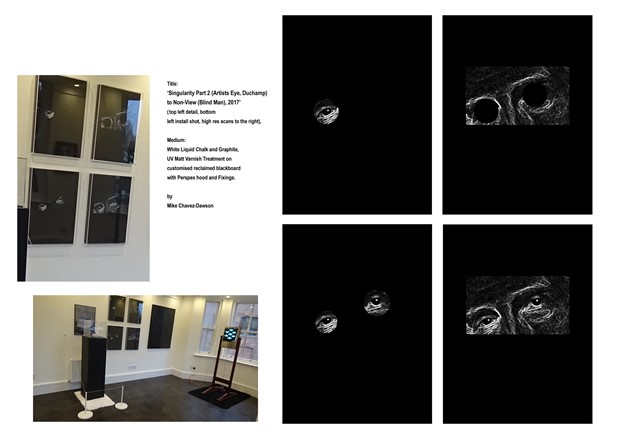 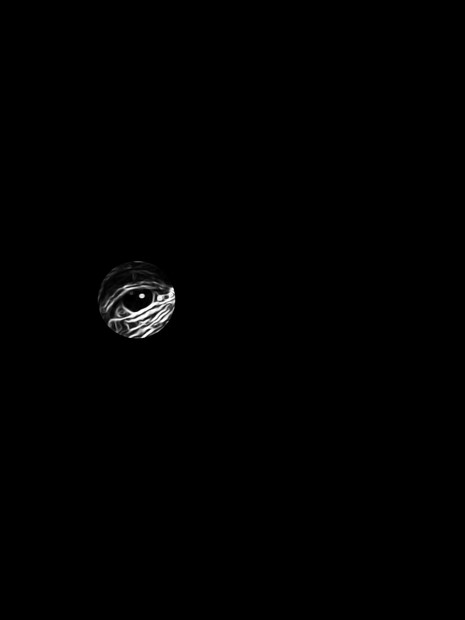 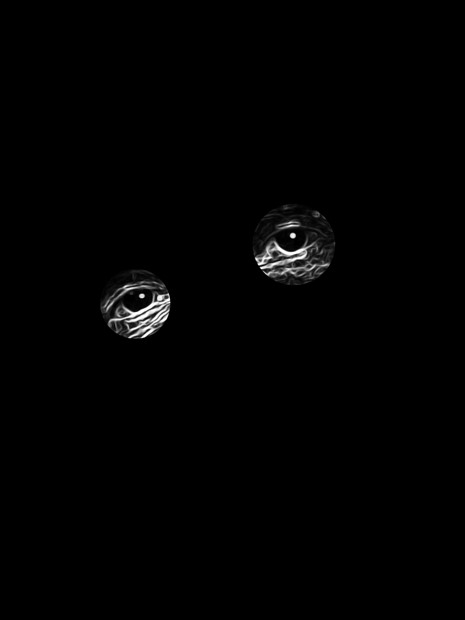 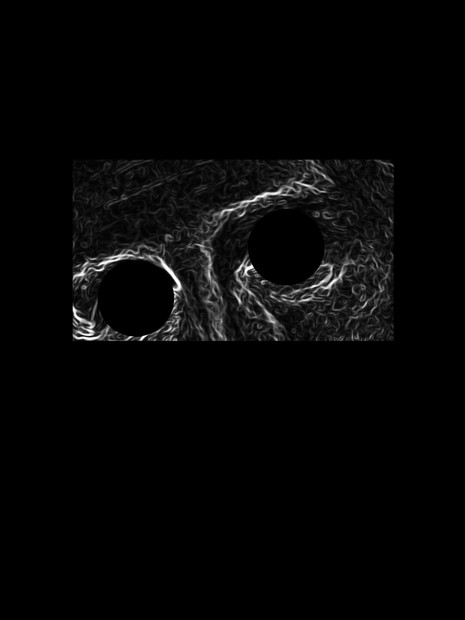 This series of liquid chalk and graphite drawings on reclaimed Blackboards sees a smoke-like otherworldly letterbox portrait of Marcel Duchamp's gaze, it's a study that could be wiped away, though has been treated with a UV Matt varnish and preserved under a perspex hood. The image has been broken into four sections focusing on the 'artist eye(s)' almost like snippets from an unfinished animation, they're signed along with 1/3 (one of three) to indicate that they could possibly be an edition, a playful nod to Duchamp's readymade iterations.