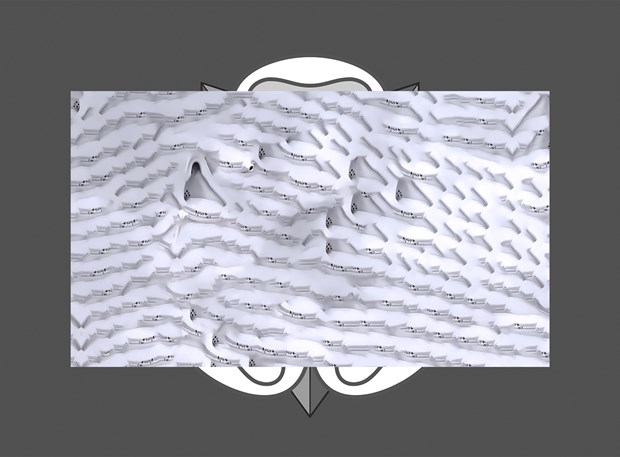 The image sees a digitally drawn/collage image of an iPhone photo of my ‘Duchamp Rings by Mike Chavez-Dawson, 2013 – 2017’- which is a miniaturized replica of ‘Fountain, 1917 – 1964’ by Richard Mutt (this has also be assigned to the seminal French artist Marcel Duchamp), the version I’ve replicated is based on the 1964 Ulf Linde version that was sanctified by Marcel Duchamp.

The composition is based on the shifting sand patterns found usually once the tide goes out.

The origins of this image came to me one night after spending several days working on the ‘FOUNTAIN, fountain…’ artist moving image teaser trailer, that will eventually become a cinematic feature at the heart of a touring art project debuting across three North West art institutes July 2017.

See here for version one of the evolving teaser trailer: https://vimeo.com/149009790