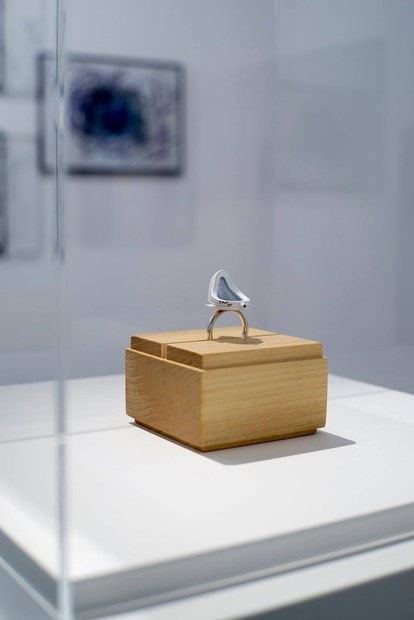 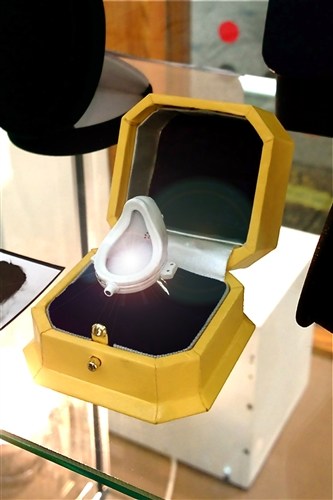 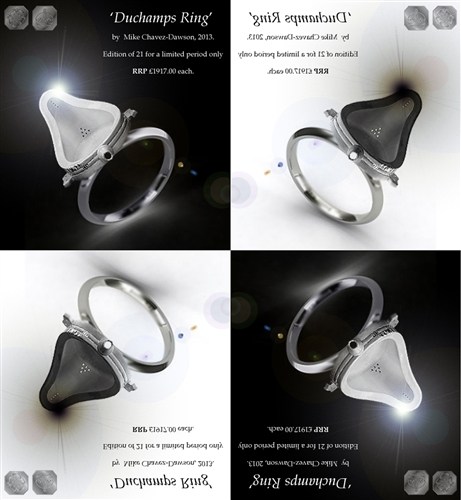 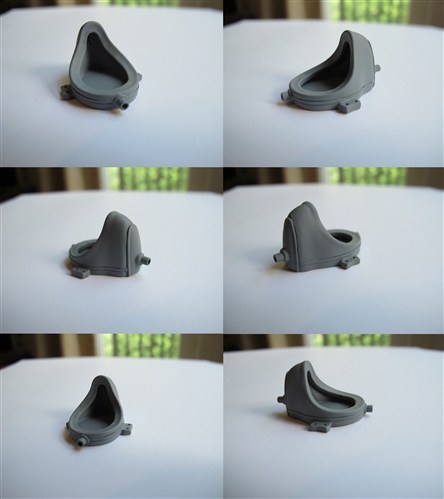 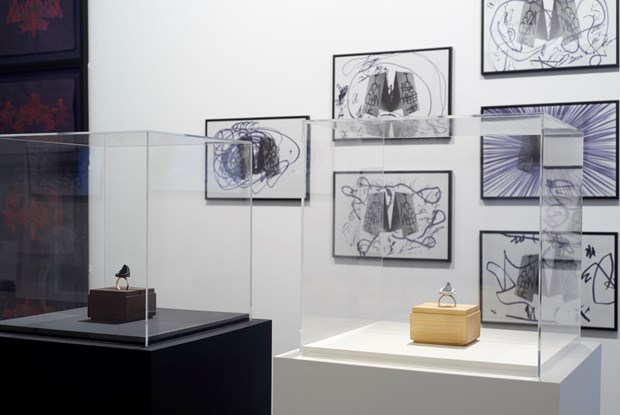 Back in 1999 I put forward a proposal to the late founding curator of Artranspennine, Robert Hopper, who was the external supervisor for my MA at the time, to be passed on to über-curator Hans Ulrich Obrist, a good friend of Maurizio Cattelan of the Wrong Gallery in New York. The proposal was for the first incarnation of 'Beyond the Medium', an ongoing body of work where I would seek council from deceased artists or cultural figures for artistic briefs to be realized on their behalf from beyond the grave via a spiritual medium. I worked with local (NYC-based) medium Madame Pamduch Ramcle who, she said, was successful in contacting the spirit of Duchamp. The brief for Cattelan's Wrong Gallery was to create a range of bespoke jewellery based on Duchamp’s classic iconic oeuvre, the work most emphasized being a ring representing his infamous 'Fountain' also known as ‘the urinal’ signed R. Mutt 1917. The project was to be titled 'The Blind Man, Nework [sic] by Duchamp'.

According to Hans Ulrich Obrist via Robert Hopper, Cattelan rejected this proposal. However, thanks to Richard Shields ‘Rejected Proposals’ project, I now have since fulfilled Duchamp's wish and made his ring!

After making the original drawing and first draft crude model I employed artisan's Manchester-based jewelry designer Amy Wilkinson and miniature model maker Takashi Tateoka to create a service to produce seven semi-unique rings based on my digital drawing of Alex Steiz's original photograph of Duchamp’s 1917 rejected 'Fountain' and the drawings of Arturo's 1964 version. Since then, I've worked with Richard Crosby on the other editions, and mastering the hand painted miniature signature myself alongside Tibetan Thangka painter and Tattooist Elliot Ripley.


There are only an edition of twenty-one of these available, each ring will retails at £1917.00 most of the edition has now been collected, with seminal British Sculptor Sir Anish Kapoor who purchased edition one.

‘Duchamp’s Ring by Mike Chavez-Dawson, 2013 to 2017’ seeks to consolidate the multi-layed authorship, iteration alongside the craftsmanship v playfulness inherent in the infamous ready-made ‘Fountain’ and the weight of its seemingly historic importance as an icon of conceptual art.