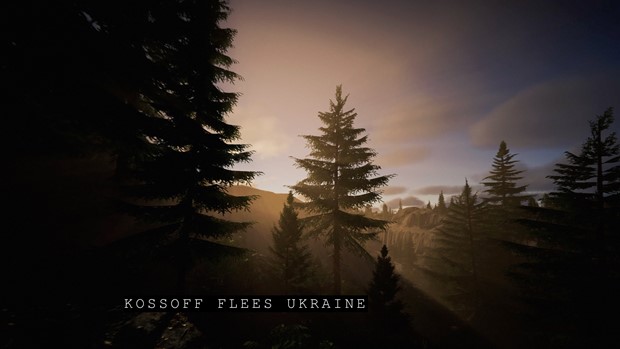 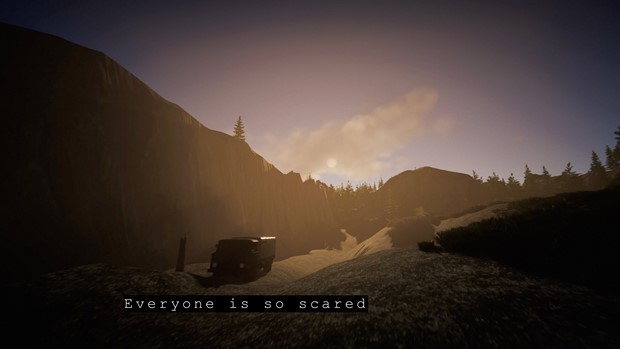 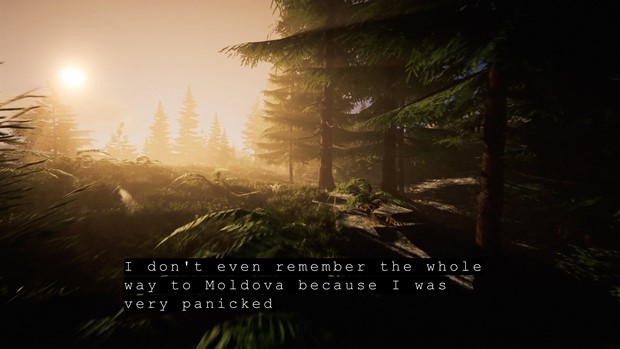 As well as being one of the most important Post-War painters, Leon Kossoff was also the son of two Ukrainian refugees. Kossoff’s parents fled persecution during the 1903-1906 pogrom and settled in London, where he was born in 1926.

I created a scan of one of Kossoff’s London paintings using Photogrammetry and imported into a video game development toolkit. The heavy impasto brushstrokes provided an eerily lifelike landscape of peaks and troughs. An algorithm was used to populate the scene with flora and fauna, mimicking a dense conifer forest along a coastal route. Volumetric clouds pass over an early morning winter sun, with a thick haze slicing through the trees.

Audio was overlaid from a recent live capture in Kyiv, with disturbing rumblings in the distance interrupting an unusually quiet cityscape. The subtitles are all taken from real accounts of fleeing refugees from the 2022 conflict in Ukraine. Their stitched together words tell a harrowing story of war, displacement and leaving behind lives, families and home.

The slow pace of the trek around the digital landscape will provide familiarity to gamers, referencing the stillness of popular first person shooters like Call or Duty: Warzone and DayZ—games inspired by the Eastern conflicts and where the next fatal hazard is just around the corner.

I wanted to use the medium of a first person shooter to draw attention to the popularity of this genre by the military, both as a training simulation and also as a targeted recruitment method. The idea of kids online trash talking and getting kill streaks sits uncomfortably with the real life horrors relayed by the subtitled refugees.