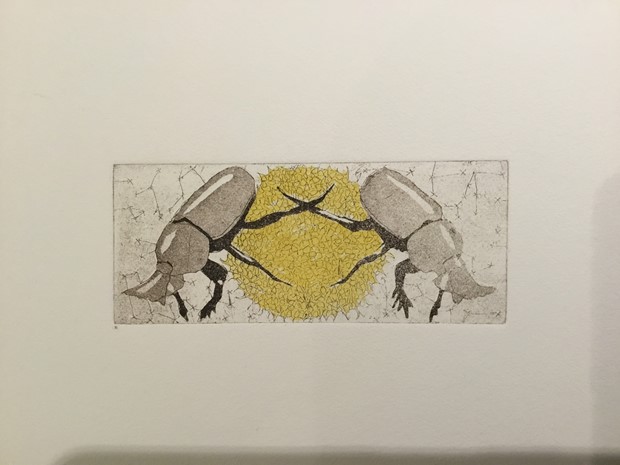 An etching, with aquatint and ink wash, of dung beetles. The dung beetle, Scarabaeus Sacer, was an important symbol in ancient Egyptian religion. The beetle lays its eggs in dung balls fashioned through rolling. It was associated with the divine manifestation of the early morning sun, Khepri, whose name was written with the scarab hieroglyph and who was believed to roll the disk of the sun over the eastern horizon at daybreak. The etching shows two dung beetles working together, rolling the sun, against a backdrop of stellar constellations.